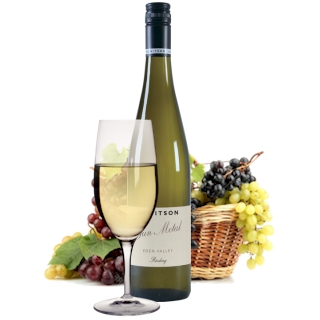 Nick and Gary Farr are father and son winemakers. They stand side by side but aren’t afraid to go head to head when their opinions differ. Each generation has developed a distinctive winemaking style based on his individual experience and taste. Their respective lines, By Farr and Farr Rising, have received critical acclaim both in Australia and overseas. Nick Farr readily acknowledges the influence of his father in his winemaking and viticultural practices. These have been significantly enhanced by his own vast experience. While he was growing up, Nick worked alongside his father on the family estate and at some of the world's most illustrious domaines. Nick’s enthusiasm and passion for wine is captivating. An excellent grounding in both the new and old schools of winemaking is the perfect complement to his individual tastes and ideas. The wines are not mainstream, they are expressions of vineyard and the land. That is the promise that's delivered. Irrewarra Vineyard is surrounded by inland lakes and volcanic plains. It is a diverse and beautiful landscape that relies on a high amount of natural rainfall throughout the year. The Western plains are quite exposed to the elements which contributes to the vineyard sites mystic. It is a site that truly reflects the complexities and varietal characters of the vines that are planted in this cool climate region.

The soils across the slope of the site are a mixture of grey sandy clay loams at the south end to dark brown loams with fragments of buckshot and quartz gravels towards the north. All with underlying brown to yellow clays.

Overall the soils remain very moist throughout the year because of the clay based soil profile and annual rainfall of 885mm, resulting in the very attractive damp earthiness character in the fruit and wine.